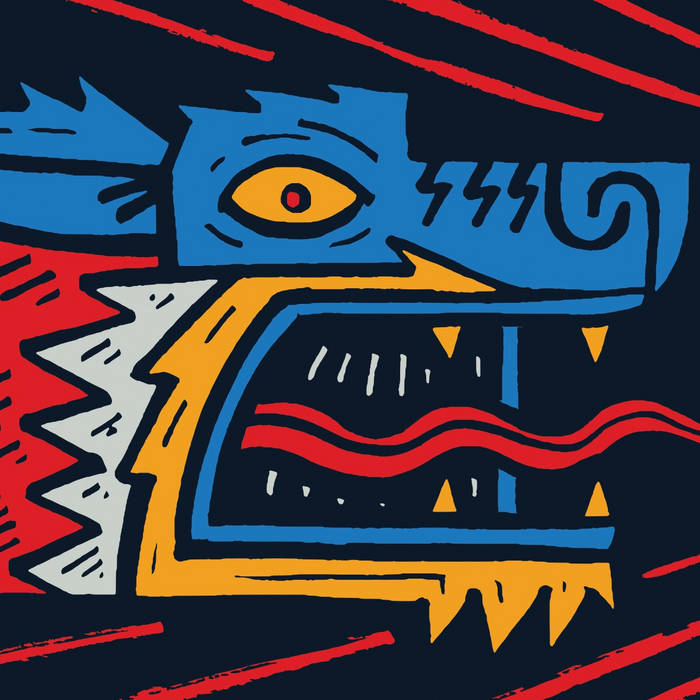 the-earth-escape-crisis First and foremost it over 10 mins long..2nd it have instrumental section with Passionate guitar solo. But most important. i Know they doing the Underland, Underground Grind. Hope too see you guys in Chicago again soon. "if Dreams dont die they End." try for a practice session for White Stag. more Drums (aka heart beat) and Bass please.... Favorite track: White Stag.

Loud Tristero This album is a wild trip and super rewarding if you take it. Favorite track: Queen Wolf.

Proghead These guys have a lot of fun making this music and it's obvious by the way they mix different styles and are not afraid of going outside of the box.

Very energetic and somewhat uncomfortable at times, but the grooves and song progressions will make you come back for more
more...

A fireworks display of melody and rhythm, Chromaparagon is more than that too – its progressive, aggressive sound is brimming with soul, riddled with hairpin turns, and delivered with the grace and swing of real virtuosos. Over the course of twelve songs, Moon Tooth mashes together rock, metal, and blues, into a fusion that bursts with color. There are few limits here. Moon Tooth possesses the imagination and skill to swerve into whatever musical direction it wants. But this band wanders without getting lost; it channels its wild dreaming and black-belt chops into an album that drives forward with purpose.

Frontman John Carbone carries forth the tradition of singers with the range and the courage to go for it. Like Jeff Buckley, Into Another's Richie Birkenhead or Shudder to Think's Craig Wedren, Carbone belts it out with a soaring voice that can command quiet subtlety as well as arena-rocking operatics. In poetic, modern-mythic phrases, his lyrics address themes of, in his own words, "trials, perseverance, victory... answering the call of adventure, following what you know to be your true purpose even in the face of danger, uncertainty and fear."

"I made love to my ordeals / By light of holy fire / A lion rearing under ash / All the beasts of un-days loomed / And I saw Mars stand," Carbone sings on the song "Igneous."

Guitarist Nick Lee (also the newest member of veteran heavy metal act Riot, now known as Riot V) extracts entire worlds out of his instrument. His dexterity is matched only by his soulfulness. Backing him are bassist Vincent Romanelli and drummer Ray Marte who glide swiftly from tasty grooves and rhythmic illusions to full-on metal muscularity.

Loosely speaking, some modern-day reference points include The Mars Volta, Mastodon, and Between The Buried And Me. But Moon Tooth is its own, unique, "undeniably strange, totally kick-ass beast" as one MetalSucks editor put it.

Chromaparagon was recorded, mixed, and mastered by Moon Tooth drummer Ray Marte. The vivid cover art was created by Jon Contino. It is preceded by the band's 2013 debut EP, Freaks.

This album was not recorded to a metronome, quantized, or pitch-corrected in any way.

Thank you to our families, friends, and fans who helped us make this happen.

"...bursts with enthusiasm and rabid energy, as if Mastodon's apocalyptic visions were replaced with cosmic wonder." - PITCHFORK on 'Crux'

Bandcamp Daily  your guide to the world of Bandcamp